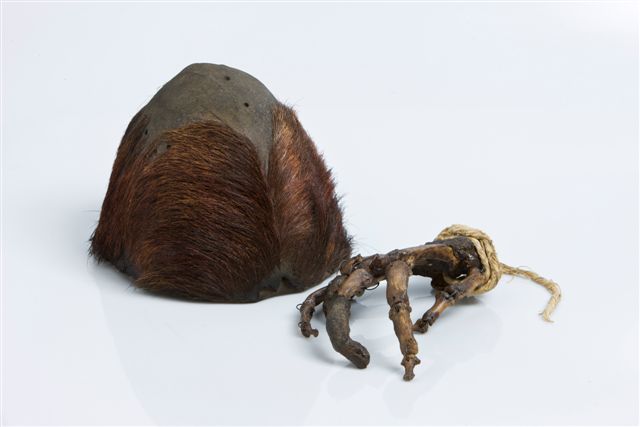 In 2005 I spent a few nights staying in a lodge owned by Lama Geshe of the Pangboche monastery and his family. I spent many hours talking to Lama Geshe and at the time I was reading a book on the Yeti.

I asked Lama Geshe if he had ever seen a Yeti. A heated discussion developed  between him and his wife and when I asked his daughter Tashe what they were discussing she said “Dad says Mums friend was attacked by the yeti at the back door 10 years ago and Mum says no, it was 15 years ago”.

More stories followed including the story of the Pangboche Yeti hand and skull. This is when I thought of making replicas that the monks could show travellers and hopefully restore the small income that they had enjoyed as a result.

Fast forward a few years to a conversation in a pub over a beer with my boss,  CEO of Air New Zealand, Rob Fyfe. He really liked the idea and introduced me to Sir Richard Taylor of Weta Workshop.

Weta Workshop is a multi-award winning conceptual design and physical manufacturing facility servicing the worlds entertainment and creative industries. Rob had told Sir Richard the story behind my idea and the next thing his team had carefully built two fantastic replicas, gifting them to the monks of he Pangboche monastery.

In April 2011 I will be guiding a team of Air New Zealanders (including Rob) to Everest base camp and as part of this adventure, I will be handing over the replicas to the Pangbouche monastery.