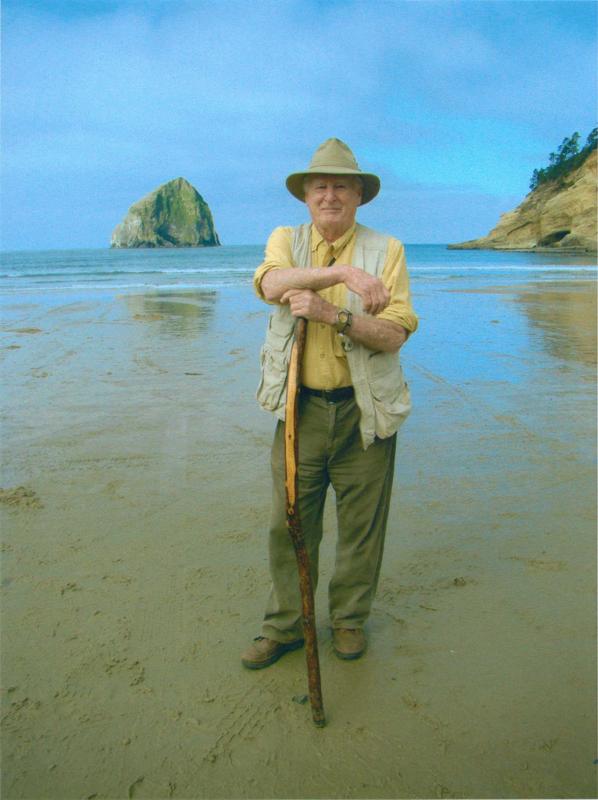 IN THE NEPAL HIMALAYA,

In 1958, the second year of the three year American Yeti expedition, led by me and financed by Tom Slick of San Antonio, Texas, I and my brother Bryan were camped in a meadow close to the temple of Pangboche, in the Sola Khumbu region of the central Himalaya. One day, while visiting the temple, I heard one of its custodians talking in Nepalese. This caught my attention because lamas in the Himalaya  normally spoke only in the Sherpa dialect. Being fluent in Nepalese,  I introduced myself and we had a chat. Later the man came down to my camp and we had a chat and he told me that he was an ex soldier of a Gurkha regiment of the British Army of India ...  hence his being fluent in Nepalese. Later, when the conversation turned to my search for the Yeti, he told me that there was a hand of one in the temple and that he would  show it to me if I wished. Which of course I did, to where,  later that night, we went up to have a look at it.

The find-of what looked to me like a partially mummified primate hand, black and glistening from the oily smoke of the temple lamps-was very exciting and I immediately sent a runner off to India with a cable to Tom Slick, telling him  about it. Nepal in those days had no mail or cable system and so we used a post and cable office in India, close to the Indo Nepal border and about a hundred miles to the south. It also had no roads or transport of any kind and so all communication was by runners on foot, using the mountain trails. The runner I sent, a tough little Nepalese hill man named Sarbo,  usually took three days to get to the  border, covering the whole 200 mile round trip in six days. In this case , however, I  told him to stay down there and wait for a reply from the US. This  he did, arriving back at Pangboche ten days later with a cable from Tom Slick.

Slick said that it was imperative that we get  the hand and bring it to England, where it could be scientifically examined under controlled conditions. Failing that we should try and get at least one finger and then get it to London where an associate of his, a Dr. Osman Hill, a renowned British primatologist, would examine it and determine its authenticity.

I talked with the Nepalese speaking lama about borrowing the hand for examination and he consulted with the other custodians. The answer was no. The hand must not leave the temple. Taking it from the temple would disturb the local deities and bring bad luck. So I made a  counter proposition, which was that they give me a just one finger and that this would suffice. They all sat down and pondered on this for a couple of days and then agreed to my request if two things were done. One, I would have to replace the finger with another finger. And, two, I would  have to make a substantial contribution towards the upkeep of the temple.

I told the custodians that I would have to consult with my expedition people and sent another cable off to Slick in Texas. His reply was an instruction for me to  come to London immediately for consultation with he and Osman Hill. So I sent another cable back saying that I would do this and could be in London in about a week. A few days later, leaving my brother in camp, I hiked down to the Indian border and took a train to Calcutta and from there flew to London.

A week later, at a luncheon meeting at the Regents Park Zoo-of which Osman Hill was Prosector at that time-attended by the Russian (Yeti) author, Odette Tchernine, Ralph Izzard of the Daily Mail, Tom Slick and Osman Hill, we discussed a strategy for getting the finger and replacing it with another one. The problem, of course, was getting a replacement. But this was quickly solved by Osman Hill who had brought a human hand with him...which he produced from a brown paper bag and, to Ms. Tchernine's horror,  dropped on the luncheon table amongst the silverware. And so off I went, back to Nepal via Calcutta and another train to the border and another 100 mile hike across the rolling ten thousand foot hills of the middle Himalaya, to Pangboche, covering the 100 mile hike in three days.

We made a donation of ten thousand rupees to the temple-only about $160.00 in today’s rate of exchange but a large  amount for a community where the average income might be as little as $15 in a year- and the lamas then gave me a go ahead to take one finger and replace it with another...  from the human hand I had brought back from London. I did this, drilling and wiring the human finger in place of the one which I removed which (?) I believe was the index finger and my plan  then was to hold on to it until the end of  the year, when we were due to take a break, at Christmas, in Katmandu, and then find  someone there to get it to either the US or the UK.

However, another cable arrived from Slick and in it was a further instruction...  go to Calcutta, take the finger with you, get there soon, and plan to meet with a Mr. and Mrs. Stewart at the Grand Hotel, on Chowringhee Road;  they will be expecting you and they will take the finger and get it to Osman Hill in London. So I hiked down to the border again, took another train to Calcutta, took a taxi to the Grand and booked in. A few hours later I knocked on the door of an upstairs suite and was warmly greeted by the famous and quite delightful Stewarts, Jimmy and Gloria. I handed over the finger, after which we had a most enjoyable evening together and a very good dinner at the Grand's Casanova restaurant. (The Casanova; see  my book GONE ARE THE DAYS.)

Next day I entrained once  again for the border and from there hiked back to Pangboche, where I told Bryan that the finger was on its way.

My brother and I  spent another day or so at Pangboche and then moved down to Thyangboche monastery where we camped for a month, exploring the surrounding rhododendron forests and ravines for signs of  the elusive Yeti. From there we left via the Tesi Lapcha pass and then moved slowly across the northern mountains, through the Lang Tang Himal, crossing half a dozen 18/19,000 foot passes with our little ten man baggage train and carrying on our search to the end of the year, when we went to Katmandu for a week at Christmas. We returned  to the Himalaya in January, 1959 and stayed another year and then closed down our three year search and came to the US,  to  become involved in yet another equally exciting venture... the mystery of the Sasquatch, or Bigfoot, of the Pacific Northwest.

As to the finger...a few days after I left Calcutta the Stewarts flew to London. Worried  about Indian and British  customs, Gloria decided that the best place to hide it was in her lingerie case and this is what she did to discover, to her dismay,  on arrival at the Dorchester Hotel in Mayfair,  that the case was missing. Inquiries to BOAC and London airport proved fruitless and after a few days she and Jimmy were getting distinctly worried about what on earth could have happened to the case. Then, three days later, the hotel's concierge called from reception to say that there was a British customs officer in the hotel lobby asking to see them... and could he send him up. They said yes, of course  and a few minutes later a young British customs official appeared at the door f their suite, Gloria's lingerie case in hand.  They gave the man a cup of tea, had a pleasant  chat and singed a receipt for the case which, Gloria noticed, was locked and had not been opened. Ushering the young man out the door she pointed this out to  him and asked why it not been opened and examined by Customs. “Oh madame,” said the young man, “certainly not. A British customs official would never open a ladies lingerie case.”

Jimmy and Gloria  took the finger to Osman  Hill a few days later and  he examined it and I seem to recall, this being a time long before DNA, that his findings, based mainly on a comparison with human and other primate hands, was that it was not human. Osman Hill subsequently died and with his death the finger disappeared. And so ends the saga of the Pangboche Temple Yeti hand, until recent years, when, sadly, it was stolen from the temple  …  probably by one of the very many foreign trekkers to whom, in recent ears, the custodians were in the habit of showing the hand and, for a small fee, allowing it to be photographed.

Now, March 2011, I am informed that a world wide search is under way by the well known New Zealand mountaineer, Mike Allsop, to find the missing hand.  His plan, which I wholeheartedly endorse, is to find the hand and return it to the temple custodians at Pangboche. Failing this, he will do the very best next thing, which is to take a perfect replica of the hand-already designed and constructed by the  famous WETA Studios, of Wellington, NZ-and present this in its place.